From ‘soon’ to ‘now’: Gorillas and the Quick Commerce boom 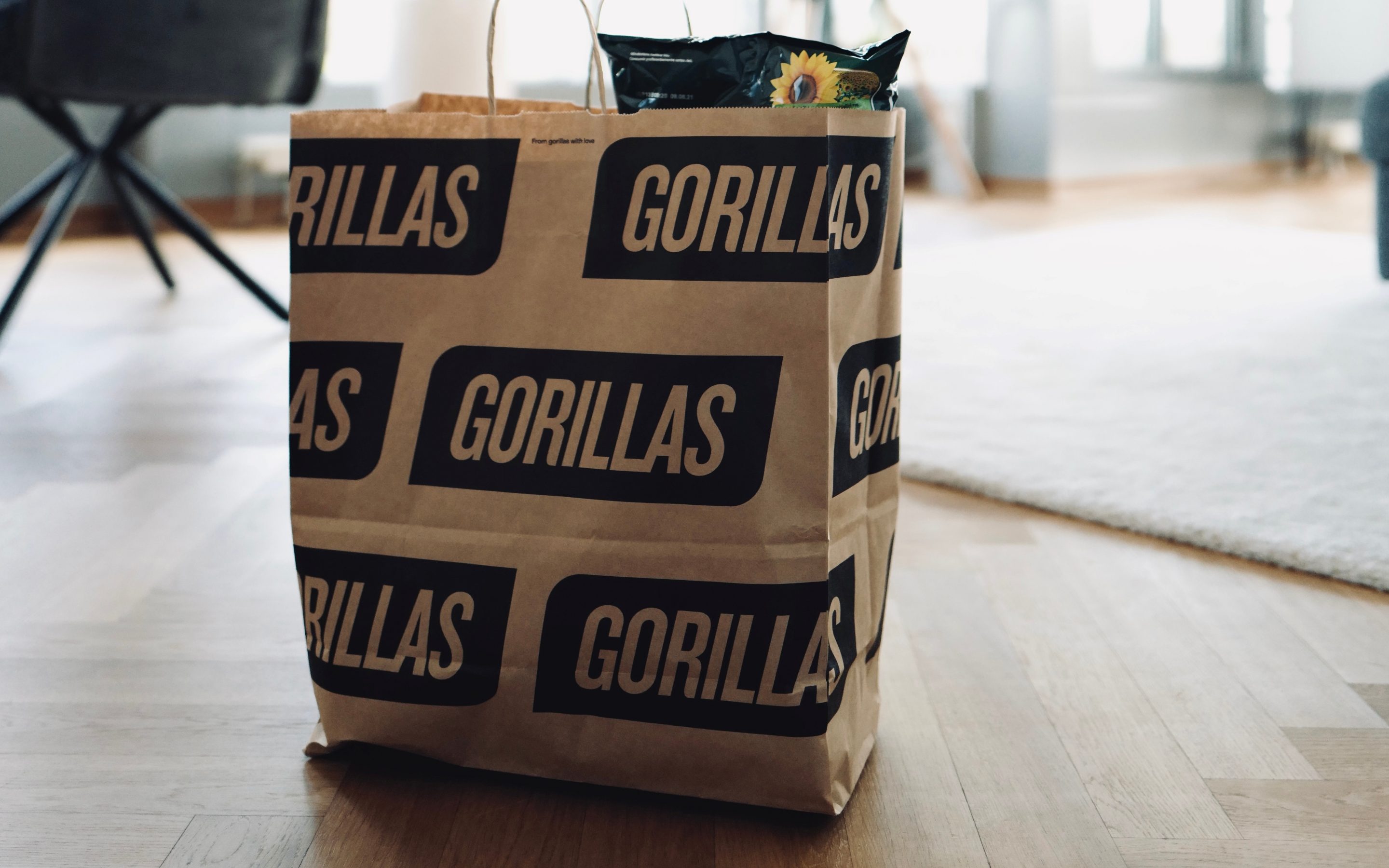 It did not take long from online delivery services going mainstream before the public’s appetite for increased speed fuelled the boom of a whole new sector – ‘Quick Commerce’. Just like 7-Eleven revolutionised what we expect of convenience stores, apps like Gorillas keep shrinking the time it takes from clicking ‘order’ to groceries being dropped off at your doorstep.

We believe in the inevitable long-term improvement in technology, and that the pandemic only further propelled lagging consumer behaviours further down this path at an ever-faster pace. While the ecommerce and delivery sectors have thrived during the pandemic, nowhere is the acceleration of adoption of new business models greater than in the Quick Commerce, or Q-commerce space. Whether they are looking for fresh produce, household supplies or beverages many consumers have now got used to smaller, more frequent, and even impulsive shopping and are starting to demand faster turnaround times for deliveries.

Q-commerce providers are hyper local, rapid food delivery service providers, offering a selection of around 3000 products to customers with delivery times of mostly less than 20 minutes. In the UK, research shows that one-third of shoppers have already used, or are interested in using, Q-commerce, with the most common drivers being food-to-go, top-up shopping and ‘meal for tonight’ deals.*

Gorillas – the first of many juggernauts

The German start-up Gorillas is a Q-commerce company that stands out for the rapid way in which it has developed its business model and rolled it out across Europe and beyond. Founded only last year, it already serves customers in more than 50 cities across Europe and the US. Few will have missed its recently closed $1b funding round, in which Fuse Venture Partners participated alongside Atlantic Labs.

Gorillas’ proposition is simple – use the service and you’ll get groceries delivered in around ten minutes. To achieve this the company combines a micro-fulfilment model with central to multi-point delivery infrastructure for speed and scaling efficiencies. By combining hyper-local product selection with a flexible approach to technology, the company is leading the demand acquisition for last-minute grocery shopping as consumer preferences shift.

We believe this proposition is clearly differentiated from competing models:

Having closely observed the similar explosion of food delivery globally, our analysis of the Q-commerce space is as follows.

Achieving the greatest number of orders in each serviceable area around a dark store – to increase the density – is key.  It kicks off a virtuous cycle: more orders equal faster fulfilment times, which supports more inventory and creates better unit economics (on riders and the dark stores), which again leads to more orders.

A major question is whether it makes sense to invest in customer-acquisition marketing while unit economics are negative. The currently low Customer Acquisition Cost is likely due to low saturation. If density is built fast, it pays to spend to acquire customers rapidly due to the extraordinarily high retention rates of Gorillas. Needless to say, investment into marketing comes off the profit and loss statement, not a balance sheet, and hence ‘accounting losses’ are required in the meantime for this kind of investment.

The space is currently seeing barriers to entry appear as density scales in specific hub regions. This suggests that there is an early-mover advantage to launching for those who can quickly open many dark stores while capital intensive unit economics wait to improve. There is a significant capital requirement for a big play.

We believe that what we are seeing is a significant revolution in ecommerce consumption habits, and if we look back at previous shifts in the market it has the potential to keep growing. Let’s look back at Amazon. In 1998, when the company only sold books and music CDs, its revenue was $609m and it was valued at an average of 21 times the enterprise value to revenue. Yet, if you held Amazon stock for five to six years, the average holding period of a VC fund, you would still have made more than a tenfoldreturn as the business’ revenue grew by 11.3x. Even so, Amazon did not turn profitable until 2003.

Finally, the impressive size of the Gorillas funding round, which is part of a wider tech industry trend, needs to be addressed.

Big plays require serious money. Uber raised $2.2bn before its valuation jumped from $3.4bn to $32bn; Delivery Hero has raised more than $3bn but is now standing as a $30bn market cap company.

Technology life cycles keep accelerating, with technological change during the last decade being much faster than the previous one. The speed with which companies are seizing on next-generation business models and coming across large opportunities is faster than ever, which means that when a big play comes along, a relatively young company like Gorillas faces the opportunity to raise $1bn. Execution is everything in this unforgiving environment. Delivering orders in ten minutes is far from easy, and capital raised will make the difference. As a firm close to this space, we’re excited to be along for the ride with Gorillas!

* New ‘quick commerce’ channel worth £1.4bn*, according to IGD estimate