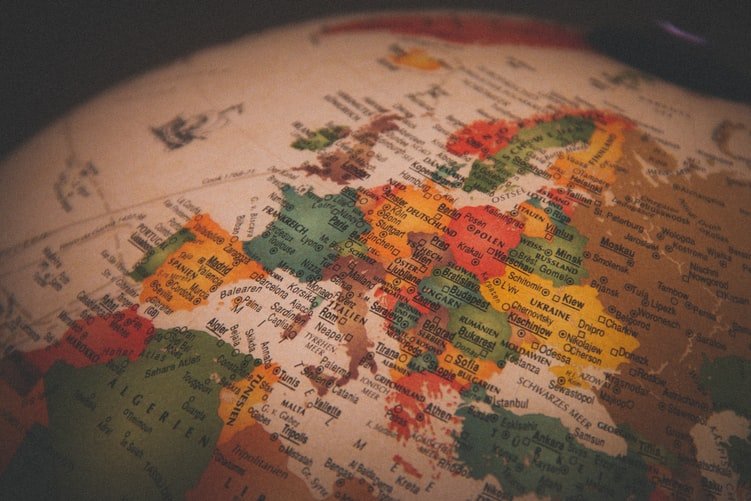 The differences between the European and US tech ecosystems, and how Europe can rise above the challenge

The European tech ecosystem has long stood in the shadow of its older sister across the Atlantic.  Although it produces 36% of the world’s fully funded start-up, Europe is home to just 14% of unicorns. However, for European tech investors, there is room for optimism. Research has shown that, due to its lean diet, the European ecosystem produces unicorns at a far lower cost than its US counterpart. Although Europe has lagged behind the US in the past, there are good reasons to think it’s on the rise.

In the past, European start-ups have had a much lower likelihood of reaching Series C or beyond – what we might think of broadly as ‘success’. Conversely, the US ecosystem is almost twice as effective as Europe’s at moving start-ups from Series B to Series C.

Before we dig into the detail, an important caveat: European start-ups don’t fail more frequently than US. Rather, they simply do not move on to the next round as often. There are many growing and profitable start-ups in Europe. However, the transition to unicorn status is far lower. Consequently, European start-ups do not raise as much capital and therefore sacrifice growth.

Why is this the case? The first and perhaps most fundamental challenge is that Europe has fewer entrepreneurs and operators than the US ecosystem, meaning the knowledge base and experience is a lot smaller.  Fortunately, this trend is changing, with more established local VCs bringing specific regional expertise to the European ecosystem. With these experienced VCs able to share insight and troubleshoot specifically European problems, companies are in a better place to adapt to challenges.

The second challenge is that the European terrain is different to the US. Setting aside Brexit, the EU has made efforts in the past few decades to soften its internal borders. Despite these efforts, European countries continue to be separated by languages, cultures, laws and regulatory frameworks, making that the leap to Series C much harder. According to the EU Commission, there are still 83 types of trade obstacle, ranging from the lack of different licensing regimes to inconsistent labour rights of gig workers.

An October McKinsey study confirmed that this is a prime challenge to European venture valuations when compared to their US peers. In order to adapt to these challenges, European companies must expand quickly and early across a number of countries in order to be successful. To put it another way, for a European company to address this geographical disadvantage, it would need to enter 28 separate countries.

How has the European ecosystem adapted to a different terrain?

Fortunately, the European ecosystem has begun to learn how to adapt to this country-based identity. There are a number of solutions that allow European start-ups to circumvent the border problem. By deploying an M&A toolkit at a Series B stage in a venture, VCs can help to accelerate growth and international expansion can be achieved more easily. “Internationalisation” can have a powerful effect on removing the barriers to growth.

However, European companies at an earlier stage need to think about smart ways to expand. Structuring complicated acquisitions or partnerships with founders must balance high levels of alignment throughout multiple countries, whilst preserving value and enabling synergies. This is by no means a simple task, and the effort costs are disproportionate for the size of venture. An aligned shareholder or investor who understands operations of a tech company, rather than a raft of fee-earning external advisors, is therefore better positioned to assist with and execute internationalisation. This private equity-style strategy, deployed at an early stage of venture, overcomes this significant roadblock for European venture.

European tech start-ups are also learning to exploit their superior local knowledge. Take Amazon, which is ubiquitous in the US, as an example. Relative to its success internationally, Amazon hasn’t enjoyed smooth sailing in Europe. The launch of Amazon.se in Sweden was less than successful, and, despite controlling 35% of the US apparel and footwear market (2018 Euromonitor data), its share of Western Europe market is a measly 8%. Although an impediment for European start-ups, Europe’s terrain seems to be more challenging for American companies. Indeed, in Western Europe, Amazon faces fierce competition from local incumbents like Otto in Germany, Allegro in Poland and E.Leclerc in France.

European tech and logistics start-ups have also adapted to Amazon’s entrance into the market and the buildout of Amazon Logistics. Increasingly, last mile delivery companies are acting with a pan-European mindset. One can find examples in last mile and fulfilment, which will enable sellers to reach customers across borders seamlessly, akin to the US currently. By using local knowledge, European logistics and fulfilment companies have helped retailers to compete with Amazon by providing a helping hand to local, well-known incumbent brands. By doing so, they have helped to turn these high brand visibility companies into direct Amazon competitors by building in improved order processing and fulfilment. Smaller micro fulfilment centres and last-mile delivery solutions, such as Fuse-backed Paack, have driven this process.

The growth of the European tech market is no coincidence – start-ups working with incumbent brands have helped to drive success despite the presence of larger American companies. They have done so, principally, by learning to adapt quickly to the challenging terrain created by Europe’s country-based make-up. The question for investors is if, and perhaps when, the European ecosystem will level up to the US. Increasingly, it appears to be only a matter of time.