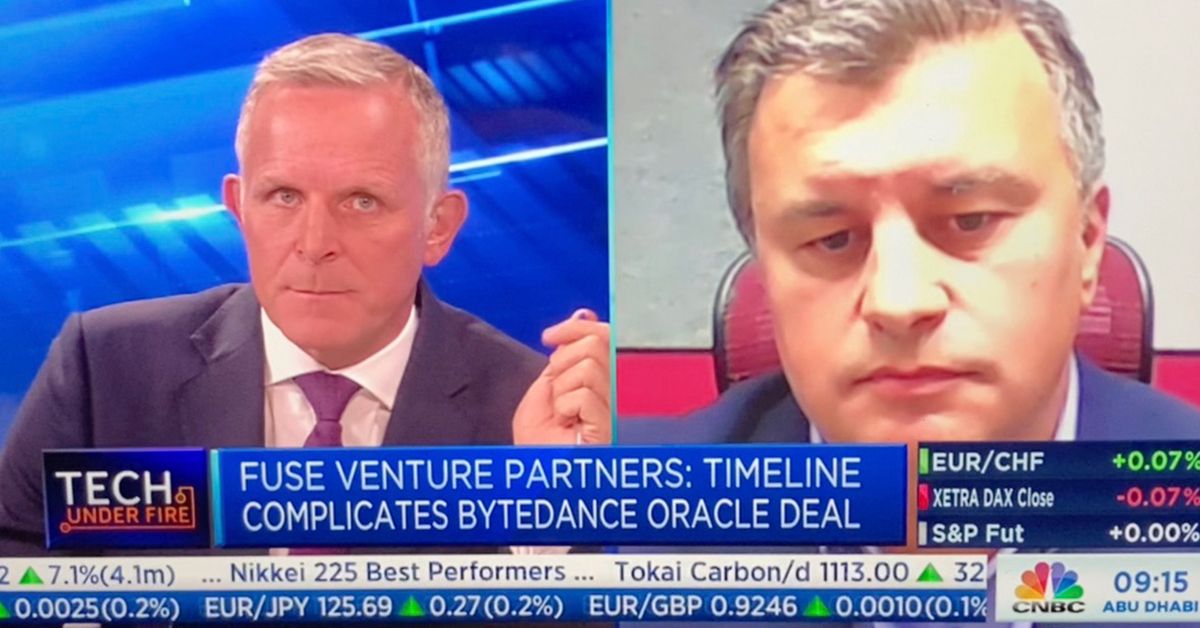 Following President Trump’s executive order, which gave ByteDance – owner of TikTok – until the 20th September to announce its sale, Fuse Venture Partners Managing Partner Spyro Korsanos went on CNBC to discuss the news that Oracle is in talks with ByteDance about becoming a “trusted technology partner” to the video-sharing app, given his and the firm’s extensive experience on dozens of complicated corporate tech transactions like these.

The executive order set a challenge to ByteDance, which faced the value destroying prospect of stripping out its recommendation function from TikTok in order to comply with US regulations. Spyro highlighted that by partnering with Oracle, ByteDance would be able to retain its algorithm and could isolate and protect US user data. For Oracle’s investors, including many large venture capital funds, the deal should be seen as a good one. Moreover, the partnership could increase Oracle’s cloud servicing business by up to 10%, representing a big win for the company.

On a more long-term view, Spyro suggested that this executive order is an ad-hoc measure and it would help investors if there was a move towards more rules-based data protection and ‘localisation’ legislation in the US, akin to GDPR in Europe (while recognising this has its challenges). While the prospect of a splinternet between East and West is unwelcome, new legalisation could give investors and tech companies more confidence by creating a regular and stable framework, allowing them to operate and plan within a rules-based system.